In 616AD Aethelfrith, first King of Northumberland, was killed in battle.  His family, including his daughter Æbbe fled northwards finally settling on Iona where they were converted to Christianity. Later Æbbe established a community of monks and nuns at Kirkhill – now known as St Abb’s Head.

In 683AD Æbbe died.  The settlement at Kirkhill was subsequently destroyed by fire, an act of God, meant to punish the wayward behaviour of the monks and nuns!!

Later permission was given by Edgar, the first ruler of England to establish in Scotland, to build a new church at the more sheltered site of Coldingham.  And it was this church, consecrated in 1098AD,  that was eventually to become one of Scotland’s most important priories. 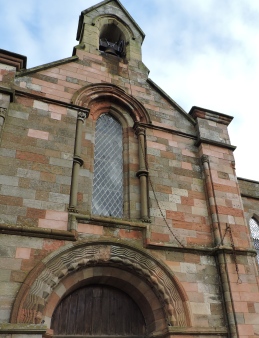 See the chain, to ring the bell?

Our route takes us out of the village via a downhill path which leads us across a ford and onto a track beside the burn.

Along the way we pass the Plague Stone recovered from the burn in 2008:

Emerging from the burnside pathway we follow the road opposite past a large holiday park, along a hedge lined track and downhill with views of Coldingham Bay ahead.

We finally leave the sand behind and head up steep steps towards the coast path which will lead us along to St Abbs. 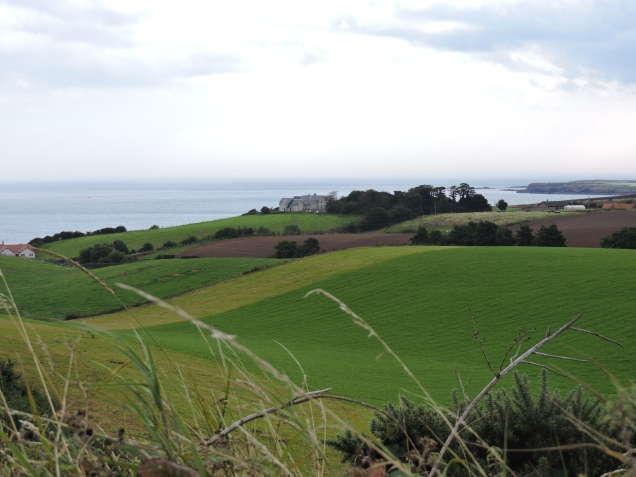 before arriving at the village for lunch

One thought on “Coldingham Priory circular via St Abbs”