Sorry it’s quiet again around the Ricketyrambler blog – life in The Borders has become a little topsy turvy lately, but hopefully things will soon be back to normal and there will be time for some rambling.

We had a visit last weekend from our good friend Mr O.  It was lovely to see him and I think he enjoyed the scenery (and the rugby!), however, he was a little scathing about the lack of Ricketyrambler activity!  So, having seen him off back to middle England, and, it turning out to be a lovely Springlike day, Mr RR and I decided to take a toddle along the Tweed in Melrose.

Hope you enjoy it too!

Melrose Abbey was founded in 1136 at the request of King David I of Scotland by the Cistercian monks.  It is one of the great Border abbeys and, although now in ruins, it is still a magnificent sight.  It’s not open for walking around yet but can be seen looking glorious in the sunshine today, through the surrounding railings:

We walk along the road towards the river gazing up at the hills which surround this pretty little town.  Ahead of us part of the Southern Uplands which stretch across the country from Ayrshire in the West of Scotland to Dunbar on the east coast and behind us are the three peaks of the Eildon Hills.  Legends surround these hills which are said by some to be hollow and conceal a Fairy Kingdom.

Our first sight of the river comes as we approach the Chain Bridge, an impressive footbridge built in 1826:

Notices tell us that only 8 persons should attempt to cross this bridge at any one time and that it should be avoided in heavy gales – I have to say it looks far to solid to be bothered by such minor inconveniences as 8 people and some high winds!  However, penalties for contravening the bylaws – which include not riding bikes over the bridge and only taking your carriage across between sunrise and sunset – are a £2 fine or imprisonment, and, as Mr RR and I are saving our cash for a nice lunch later and certainly don’t fancy imprisonment, we act sensibly and cross the bridge without bikes, carriages or ‘intentional swinging’, whatever that might be.

The river looks lovely and Mr O will be envious of the fishermen who are enjoying a day out casting and spinning (see – I know all the right words).

We turn left after the bridge and walk alongside the river via the Southern Upland Way.  Mallards and goosander are enjoying the sunshine, the water is clear and the scent of wild garlic is all around us.

Eventually we leave the riverside and walk for a short way along the road before crossing over Lowood Bridge – also known as Bottle Bridge because a bottle was apparently built into the structure, although the Historic Environment Scotland website says it’s likely that broken bottle glass was used as an aggregate in the foundations.

As we walk back towards Melrose on the other side of the river we pass Skirmish Hill – the site of a battle in 1526 between Border families and King James V.  Ignoring our walk book which tells us to walk back along the road we head back down towards the river and walk alongside it again, eventually reaching a little sitting place where there are information boards about the river and its environment.

After a brief stop to admire the views and the ‘rapids’ we head back into town for a lovely lunch at Dalgetty’s Tearoom.

Here are a few more photos – just because it was so lovely in the sunshine: 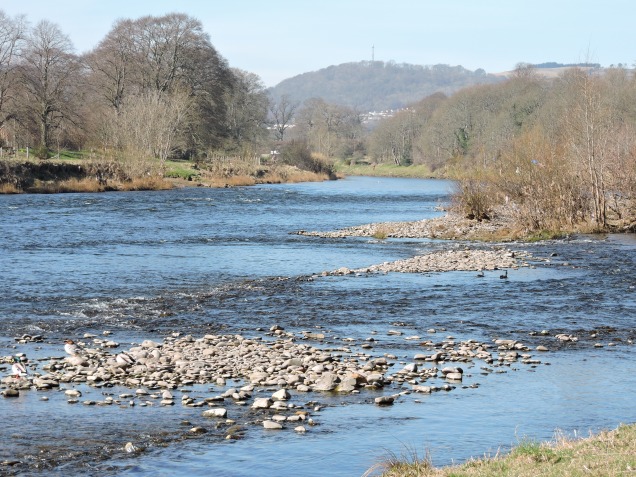 Hope you enjoyed this quick ramble……and the Mr O has forgiven me!

And hares in the field: 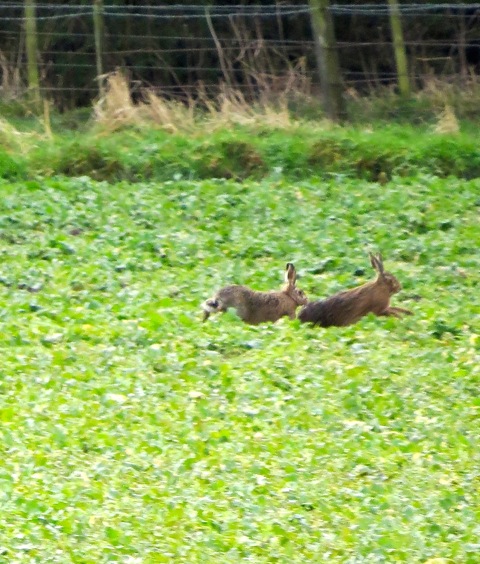 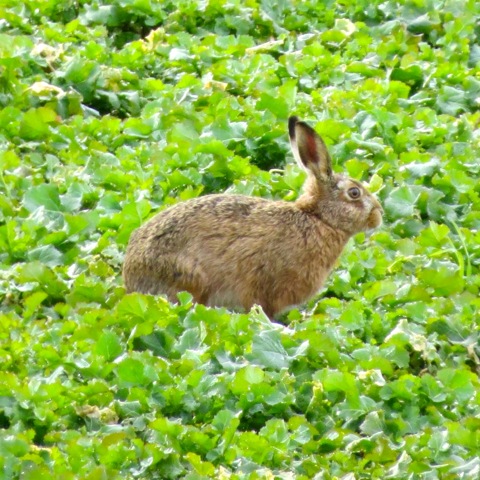 How lucky we are!!

4 thoughts on “Meandering around Melrose”